The sweet satisfaction of self-discipline

“He who controls others may be powerful, but he who has mastered himself is mightier still.”

The world is running faster than ever. More things come easy and instantaneously from fast food to Instagram. We’ve learned to want what we want, when we want it. Many of us are used to this instant gratification and don’t believe in the proverbial saying, “Good things come to those who wait.”

Allow me to share a story about how delayed gratification and mastering self-control could change your life. It’s in The Marshmallow Test: Mastering Self-Control study. “The intelligent desire self-control; children want candy.”― Rumi

In 1973, psychologist Dr. Walter Mischel reported on a self-control study that included using marshmallows, to see how 4-year-olds would resist temptation and delay gratification. He told a group of four-year-old children that if they didn’t eat their marshmallow, when he returned they would receive another one. Some kids waited, whilst most quickly ate their marshmallow. Mischel followed this group of kids for the next 14 years. The results were surprising. The kids who waited later scored 210 points higher on SATs; were more socially competent; and experienced more personal and professional success.

This study showed that willpower is a matter of learning how to control your attention and thoughts. We can’t control the world, but we can control how we think about it. The kids who succeeded in holding off eating the first marshmallow used “taught” skills to change their focus away from the tempting marshmallow.

The real challenge is turning our self-discipline skills into habits, which requires years of diligent practice. This is where our role as parents is critical for our children’s success later in life. According to Mischel, the mundane routines of childhood—such as not snacking before dinner or saving up one’s allowance, or holding out until Christmas morning to open presents—are really exercises in cognitive training that teach our kids how to outsmart their desires. John Dryden said it best, “We first make our habits, and then our habits make us.”

Success in almost anything goes to those who are most persistent, disciplined and never give up. Just like the marshmallow kids, when you have the self-discipline to wait for more, you can ultimately end up happier, healthier and wiser.

So, this Halloween practice self-discipline and refrain from eating all of the candy.

What Mischel was measuring with the marshmallows wasn’t just about will power or self-control. His task forced the kids to find a way to make the situation work for them. They wanted the second marshmallow but needed to follow direction in order to get it. (We can’t control the world, but we can control how we think about it.) The kids that were successful in holding off eating the first marshmallow used “taught” skills to change their focus away from the tempting marshmallow.

Success in almost anything goes to those who are most persistent, disciplined and never give up. Just like the marshmallow kids; those who had the discipline or mental skills to wait, won the bigger prize. “Delayed gratification” is a self-discipline skill. It shows that you can see the bigger picture with the end goal in clear sight. For those who wait and work hard for the bigger picture, should ultimately end up being happier, healthier, and wiser. 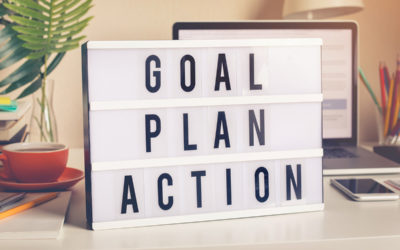 “The best way to predict the future is to create it.”Peter Drucker I love that quote! As we are almost halfway through the third quarter of the year, it’s time to ask yourself a difficult question, “Am I on track with my business and personal goals?” For some of you,... 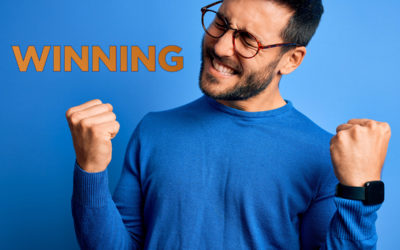 “First forget inspiration. Habit is more dependable. Habit will sustain you whether you’re inspired or not.”Octavia Butler You are lying fast asleep in bed; I mean asleep. You are having one of those dreams that takes you to a far-off place to be the superhero of your... 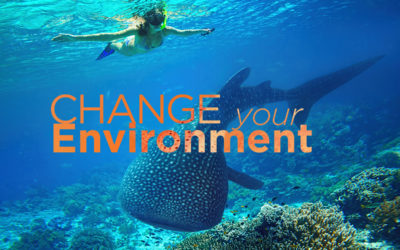 “The secret of change is to focus all of your energy not on fighting the old, but on building the new.”Socrates Hooray! As we change seasons the most beautiful weather in the world is upon us here in Southern California. It’s interesting to observe that as it gets... 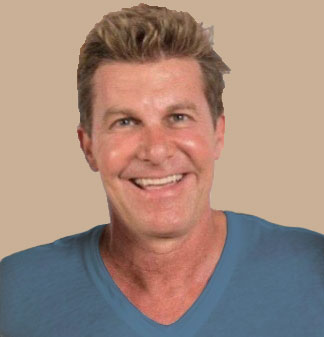 Words of Wisdom: Encouragement and Inspiration for Life, is a collection of all my letters, detailing the life experiences that shaped me from a young man to an adult.